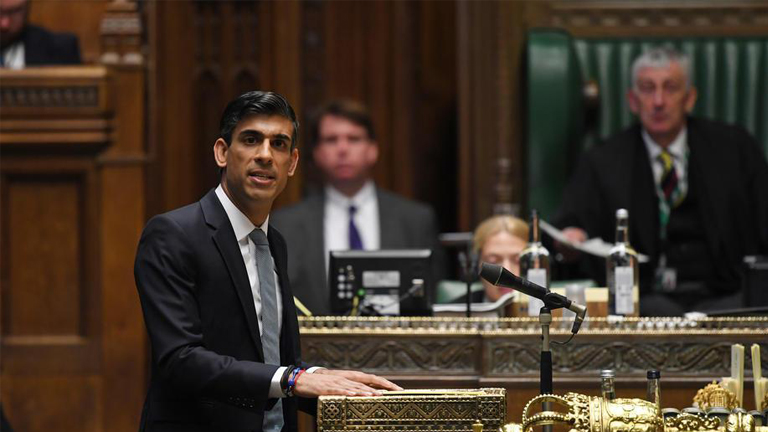 Stamp duty has been scrapped immediately for all homes under £500,000, to kickstart the stalled housing market.

Rishi Sunak said the move would benefit nine in ten homebuyers in England and Northern Ireland – saving £4,500 on the average purchase.

The move was announced as part of the chancellor’s emergency mini-budget to head off a feared explosion in unemployment as the coronavirus pandemic bites harder.

Mr Sunak said property transactions had fallen by 50 per cent in May – with the first fall in house prices for 8 years.

The solution, he announced was a “temporary cut until 31 March” raising the threshold for paying stamp duty from £125,000 to £500,000, to kick in immediately

“Uncertainty abounds in the market – a market we need to be thriving,” Mr Sunak told MPs, adding: “We need people to feel confident.

He added: “The average stamp duty bill will fall by £4,500. And nearly nine out of 10 people buying a main home this year, will pay no stamp duty at all.”

In a package designed to avert a return to 1980s-style mass unemployment, the chancellor also unveiled:

* A £2bn scheme to pay for work placements for hundreds of thousands of 16 to 24-year-olds.

Move will benefit nine in ten homebuyers, chancellor says – slashing £4,500 off the bill for the average purchase