SEISS third grant: When is the next Self-Employment Income Support Scheme grant paid? 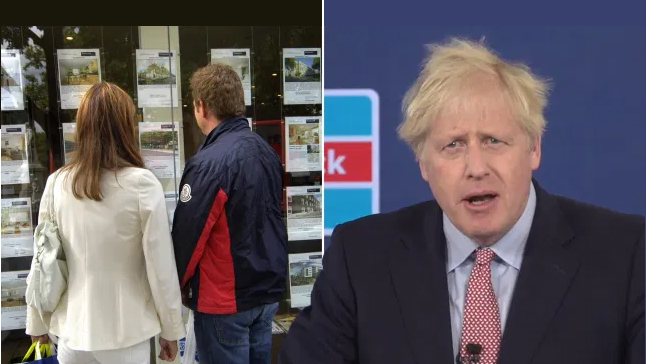 The PM told the virtual Tory party conference today that he hoped the plan would create two million new home owners, but offered little detail on how the ‘long-term, fixed rate’ mortgages might work.

He said the party needed to ‘fix our broken housing market’ and help young people onto the property ladder who can’t afford deposits. Experts have suggested the plan could cost tens of billions of pounds.

Highlighting the plight of renters, Mr Johnson said he would ‘transform the sclerotic planning system’ and make it faster and easier to build new homes ‘without destroying the green belt or desecrating our countryside’. He added: ‘But these reforms will take time and they are not enough on their own.

‘We need now to take forward one of the key proposals of our manifesto of 2019: giving young, first-time buyers the chance to take out a long-term, fixed-rate mortgage of up to 95% of the value of the home – vastly reducing the size of the deposit.’

Mr Johnson continued: ‘We believe that this policy could create two million more owner-occupiers – the biggest expansion of home ownership since the 1980s. We will help turn generation rent into generation buy.’

There was little detail of how the plan will work in practice or confirmation on whether the Government would underwrite the mortgages.

However, the 2019 Conservative Party manifesto pledged to ‘encourage a new market in long-term fixed rate mortgages which slash the cost of deposits, opening up a secure path to home ownership for first-time buyers in all parts of the United Kingdom’.

The promise to sort out the mortgage market is the most complicated, possibly even impossible, thing that Boris Johnson is promising today. Look forward to seeing its progress in a yearâs time.

Faisal Islam, the BBC’s Economics Editor, tweeted: ‘If its 2 million people, & average size of a first time buyer mortgage is £185,300 – and market currently serving 75% LTV and below with cheap rates, but not 95% – back of the envelope, that’s several tens of billions of guarantees to cover possible losses.’

Launching an attack on Sir Keir Starmer’s Labour party, Mr Johnson added: ‘They may have million-pound homes in north London, but they deeply dislike home ownership for anyone else.

Responding to the speech, Labour’s Deputy Leader Angela Rayner said: ‘The British people needed to hear the Prime Minister set out how he and his government will get a grip of the crisis. Instead we got the usual bluster and no plan for the months ahead.

‘We end this Conservative conference as we started it: with a shambolic testing system, millions of jobs at risk and an incompetent government that has lost control of this virus and is holding Britain back.’

Boris Johnson has promised a scheme to allow first-time buyers to get a mortgage with just a 5% deposit, in an effort to turn ‘generation rent’ into ‘generation buy’.